Douglas Modig, Skåne, Sweden, invites you to a blog site that may entertain or interest you, upset or make you laugh. This blog may not depict tsunamis of nude celebrities or the sleeaziest gossip but not that far from a bit of teasing sensationalism on subject matters such as history, politics, science, human rights, art, literature, satire, gossip, prominent people, ordinary people, neglected people and spicy comments to go with it !
Enjoy!
Douglas Modig
Hommentorp
Sweden 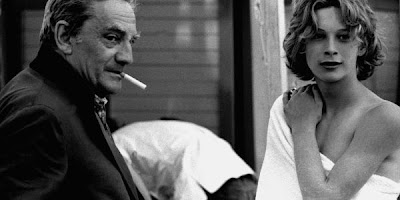 Visconti and Andresen on set

Björn Andresen was born out of wedlock at a time when Sweden no longer found such a social mishap particulary stigmatizing.

Very little is known about his childhood except for his grandmother being larger than life, a highly ambitious and pushy personality which caused her grandson to pay a price of an unexpected traumatization and a gradually growing social phobia which still persists. At  age 58 Andresen is still reluctant to appear in public and as reclusive as his compatriot Garbo after her fall from divine cinematic status.

Anderson had made his debut in an enchanting film about early teenage love, ”En kärlekshistoria”, which was a tremendous hit and catapulted the director Roy Anderson to international fame. Anderson did not play the lead and, in his own words, was not in the least interested to persue a career in front of a camera lense.

His modest film debut left the grandmother restless. Ignoring the boy´s obvious musicality and, in spite of his young age,  his strong wish to become a concerto pianist apart from a famous rock star, she was looking for any possible shortcut to fame and fortune and had no scruples about it, on par with the foreign filmmakers suddenly appearing on the scene.

When the world famous Italian former neo realist, the increasingly megalomanic LuchinoVisconti arrived in Stockholm ” Alla ricerca di Tadzio” with his side kick and assistent Zeffirelli, looking for someone to play the part of the Polish ephebe Tadzio from Thomas Mann´s controversial novelletta ”Death in Venice”, the grandmother promptly ushered the disinterested teenager, 13 years old, to audition. The embarassed young man, head full of images of gorgeous teeneage girls and motorbikes, flushed sufficiently and decoratively and by looking like a timid Botticelli angel chewing gum, stopped the cinematic autocrat and his flamboyant drama queen friend short in their tracks after a tiresome world tour in order to find a Tadzio according to their not exclusively artistic tastes.

When the film premiered the audiences were flabbergasted by the esthetic tour de force of the borderline kitschy old rebel and the mesmerizing Mahler score to portray a dying Venice in all senses, but like the swan, in unearthly beauty.

The film was in reality a poor representation of Mann´s genial novel. Not even the accomplished actor Dirk Bogarde could portray the inner turmoil of an old man falling in senseless love with beauty in the shape of a young boy, which at the time the book was written was regarded as distasteful and, helás, with dire repercussions for the young Tadzio of the Visconti movie half a decade later.

Even in his early career,when the director made impressive films with a social patos, disregarding his nobility background, his work had been centered around men of surpassing beauty from Delon to Berger and it did not take a lot of brains to figure out that the director´s interest in them was not for artistic reasons only.

Berger´s hatred versus Andresen stampeded totally out of proportion. Enraged by jealousy and the absurd idea that he should have been given the part of a pre adolscent boy when being close to thirty years old, he embarked on a mission of revenge that ultimately left him an addict, dissociative and seriously mad. Having been hailed as the world´s most beautiful man and playing the lead in a series of tacky films made by his lover and protector Visconti, he did not take the fall from grace lightly.

After the block buster success of the arty doomsday film and the hype catapulting Björn Andresen to world fame overnight, Berger started a mad cap rumour that when the B-actor Sal Mineo from the James Dean entourage was found murdered, he had in fact fallen victim to his jealous lover, at the time the sixteen years old Swede according to the deseperate Berger.

Björn Andresen, now sixteen, had never set his foot on the American continent and made no promotion tours for the celebrated movie. The Americans did not like subtitled foreign arty farty, and, except for a very short period of profound confusion, Andresen never had any sexual inclinations versus his own gender. Tout Paris and Rome had insisted that no one looking like that could be anything but bisexual and the boy briefly was made to believe that they all spoke the truth. His wake up call was dramatic and and the halt to a life he did not understand and did not want.

Andresen, defenseless, despite the presence of his grandmother who was distracted by luxury dinners and shopping sprouts, fell obviously victim to Visconti and Zeffirelli´s lewd agenda. After a speedy flight from the set of Zeffirelli´s movie ” St Francis of Assisi”, Andresen without saying a word, made it perfectly clear that something was very wrong and that he wasn´t going to take any more.

Andresen has since been a lifelong activist in the prevention of child abuse and phedophilia. You are welcome to draw your own conclusions.

After the hype, like Garbo, he had to be deconstructed, but like Garbo before him he went into hiding for a decade before making a cameo in the extraordinary film ”The Retarded Assassin” by Hans Alfredsson, where the icon was as mesmerizing as ever before, acting the part of the awe-inspiring Angel of Revenge accompanied by the furious music of Wagner at his optimal Sturm und Drang..

The Swedish media loyally left him alone and even contributed to mislead the foreign paparazzis in order for the boy-man to recover. They had done the same for Garbo and later Ingrid Bergman and it is only recently that the Swedish tabloids have become insipid crap monglers and as trashy as their British, French and American forerunners.

Andresen´s life has been a chain of tragedies and successes, in private and onstage. He toured as a concert pianist in Denmark and Copenhagen to where he moved after losing his first and only son, four weeks old. Finding his way back to the mother of his son he has led a quiet life as a family man, an advocate for children´s rights and occassionally appearing in a handful of highly credited films and on television.

The impact of Andresen´s iconic Tadzio is flabbergasting. Myriads of followers and new generations of admirers seem to believe that the 58 year old former actor has be frozen at  the age fourteen as the overly beautiful Tadzio for eternity.

Much to his followers sursprise he is content with being astonishingly wrinkled and wasted for his age and curses the day he he was chosen the world´s most beautiful boy, like a Sisyfos trying to roll the burden of beauty over the top and succeding at 56, daring to show himself in public without having anybody staring at him, internationally.

That would never have been the case in Scandinavia. Without being nationalistic or a chauvinist Andresen´s good looks were shared by most of his Swedish peers, the Nordic look, seen in Scandinavia and Finland and the Baltic nations. Nothing all that extraordinary. 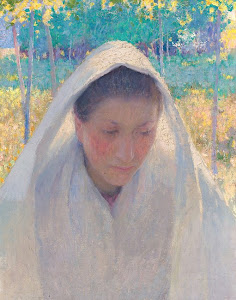